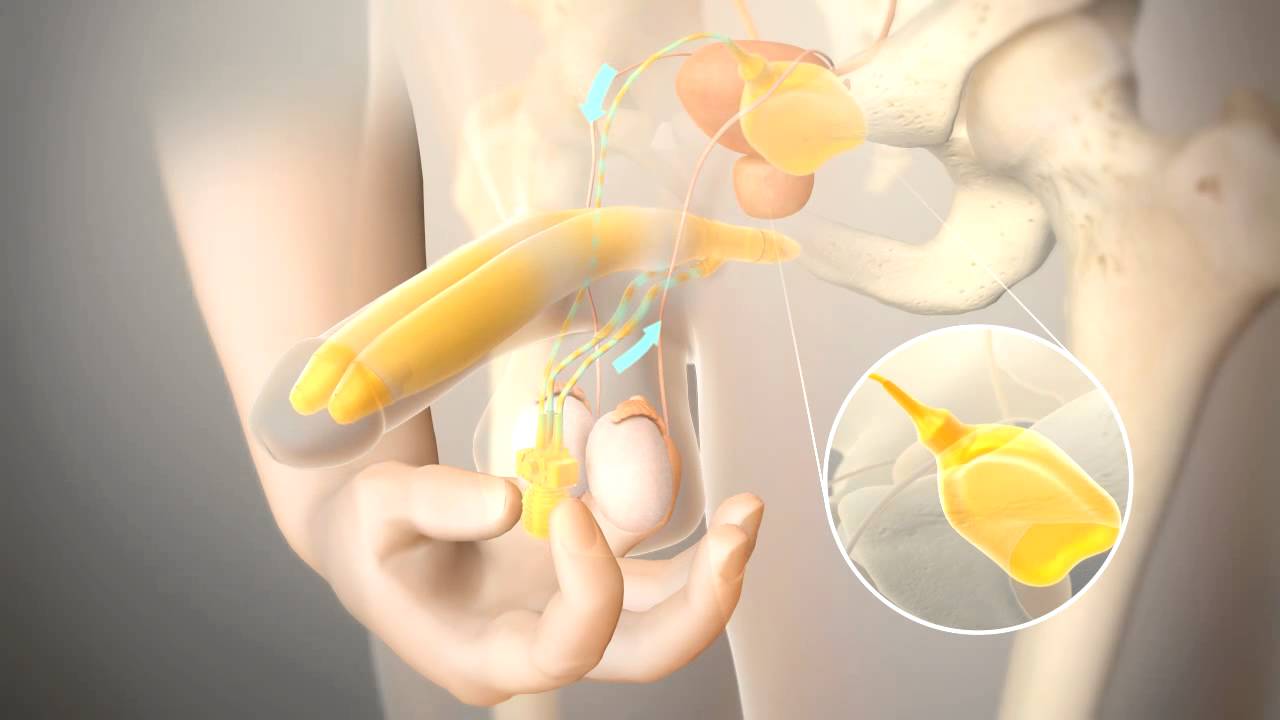 When should a man consider a prosthesis?

Usually, a prosthesis is considered a last resort. Men with erectile dysfunction (ED) are encouraged to try all other possible treatments (such as pills, injections, and vacuum devices) before getting an implant. However, some treatments are not suitable for all men. For example, men who take nitrates cannot take certain ED medications.

What types of prostheses are available?

Generally, there are two different types:

Semi-rigid positionable rods have an inner core made of stainless steel or interlocking plastic joints. A man can bend the penis up when he wants an erection and bend it back down when he’s finished with sexual activity.

Inflatable implants use a pump system. When a man wants an erection, he activates a pump placed in the scrotum. This action sends fluid (usually a saline solution) into inflatable cylinders placed in the penis.

Inflatable implants can have 2 or 3 parts. With 2-part implants, the fluid is held in the back part of the inflatable cylinders. With 3-part versions, the fluid is contained in a separate reservoir.

Nowadays, 3-part inflatable implants are the most common.

Both semi-rigid rods and inflatable implants are completely concealed within the body. Nobody can see them.

What are some of the drawbacks of a penile prosthesis? Can the device malfunction?

Infection is one risk. If the implant becomes infected, it will need to be replaced. Sometimes the implant damages surrounding tissue.

It’s possible for an implant to malfunction. This is more common with inflatable devices, which can leak saline fluid into the body. The fluid itself shouldn’t cause problems, but the device should be replaced or repaired.

For some men, an implant procedure is same-day surgery. Others need to spend one night in the hospital. Men receive general anesthesia and incisions are made in the penis, lower abdomen, or scrotum. Afterward, many men need to take oral medications for pain. Sexual activity should be avoided for about a month after surgery.

Can the prosthesis wear out?

Yes. Normally, the device will function for about 12 to 15 years. After that, it will probably need replacement, if the patient wishes.

What is the satisfaction rate for penile prostheses?

The satisfaction rate is very high. For men with implants, the rate can reach 85%.  For their partners, it can be as high as 90%.

Will sex still feel the same with a prosthesis?

Most men feel sensation, reach orgasm, and ejaculate just as they did before getting an implant.

What if I don’t like the implant? Can the operation be reversed?

No. The implant replaces the corpora cavernosum, the spongy tissue that typically fills with blood during an erection. So, it’s important that men discuss the pros and cons with their physician before getting an implant. Usually, other treatments for erectile dysfunction (such as oral medications or vacuum devices) are tried before an implant is considered.