HSDD refers to a lack of sexual desire that causes distress and/or trouble with personal relationships. It’s normal for women to lose interest in sex from time to time, but for women with HSDD, the problem is persistent. Acquired HSDD occurs after a woman has had a healthy sex drive for some period of time, often many years. Generalized HSDD happens with any sexual partner and any sexual situation.

The drug was approved by the U.S. Food and Drug Administration (FDA) in August 2015. It is available in the United States since October 17, 2015.

Will Addyi be available outside the United States?

As of August 2015, it is unclear if and when women outside the U.S. will have access to Addyi. On August 21, 2015, The Pharmaceutical Journal reported that Sprout Pharmaceuticals, the drug’s developer, had not yet applied to the European Medicines Agency for permission to market Addyi in Europe.

Sprout plans to seek approval in Canada later this year, according to an August 20, 2015 report from CTV News.

What are some side effects of Addyi?

Some women who take Addyi experience dizziness or sleepiness. This is why Addyi is meant to be taken at bedtime. Women may also have nausea, fatigue, insomnia, and dry mouth.

What are some of the health risks of Addyi?

Addyi does have some safety concerns.

The drug is not safe for women with poor liver function. Also, women who take medications called CYP3A4 inhibitors should not take Addyi.

Two of the most serious concerns are loss of consciousness (syncope) and extremely low blood pressure (hypotension). If either of these situations occur, women should seek medical care immediately.

It is very important that women avoid drinking alcohol while they are taking Addyi. Risks of syncope and hypotension are higher when the drug is mixed with alcohol. Further research on this interaction is planned.

Women should always see their doctor before taking Addyi. A thorough medical exam may reveal other health conditions or medication that could be contributing to low sexual desire. Relationship problems may also be a factor to consider.

Patients who have no improvement in their desire or personal distress after 8 weeks should stop taking Addyi and seek further professional help.

What are sex headaches? 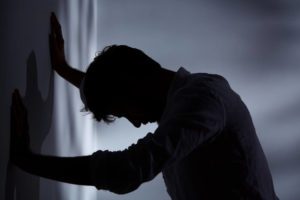 We often talk about the role of the brain during sexual activity. While the genitals may seem more involved with ...
Read More 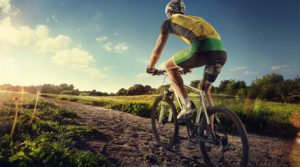 Over the last several years, there has been some debate on whether cycling has a negative impact on one’s sex ...
Read More 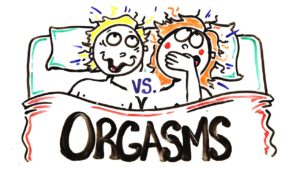 How Do Women Feel About Orgasms?

One word that’s often used to describe women’s orgasms is “elusive.” Sometimes, they’re easy to achieve, sometimes not. They can ...
Read More

You and your partner probably have a lot in common. Or if you’re not partnered, you likely seek common traits ...
Read More 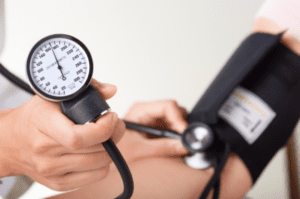 What is platelet-rich plasma (PRP) therapy, and can it benefit sexual health or performance? 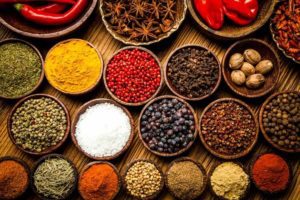 Are there any “natural aphrodisiacs” that actually work?

For centuries, men and women have searched for foods, herbs, and other substances that could enhance their sexual experiences. The ...
Read More 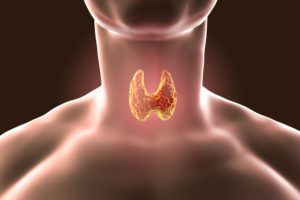 How does thyroid disease impact a person’s sexual health?

How does thyroid disease impact a person’s sexual health?Located in the neck, the thyroid is a butterfly-shaped gland that produces ...
Read More